Victory museum in the Victory park

Victory park on Poklonnaya hill was opened in 1961 in the west of Moscow. It has the central alley of fountains and live flower clock operating in summer time.
In the grounds there is an open air museum of weapons of World War II period representing tanks, artillery guns, planes, helicopters, armed trains, ships etc. 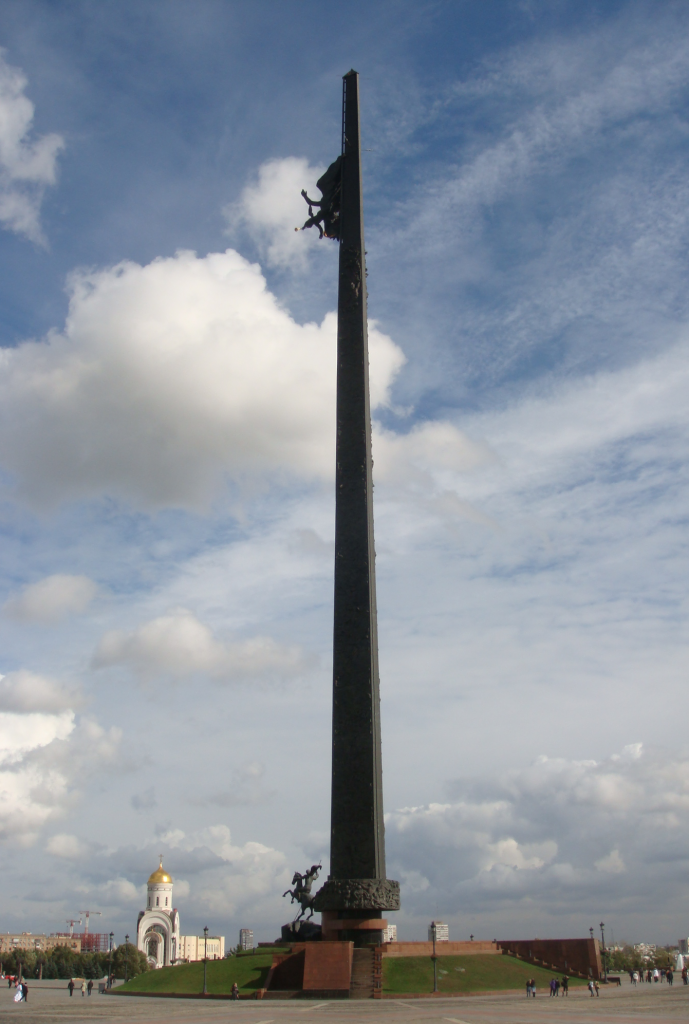 By 1995 the Victory Memorial museum complex dedicated to WWII was constructed  in the park grounds. It combines the Central museum of the Great Patriotic war 1941-1945, the Victory obelisk and  three worship buildings: a Christian church, a mosque and a synagogue.

6 diorama halls in the museum exposition  give the effect of presence at 6 main battles of the war: 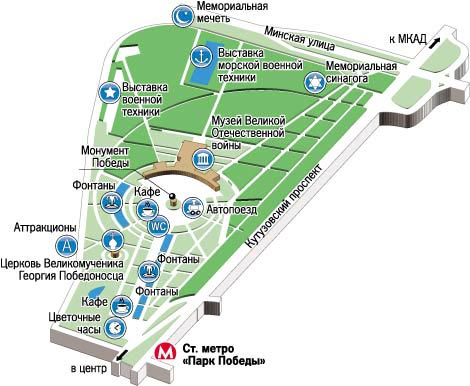 Map of the Victory Park

You can book online a tour with a museum guide