Moscow as the Capital of Light

More than 600 buildings and architectural complexes lit up at night make Moscow image totally different compare with the city impression at the day time. 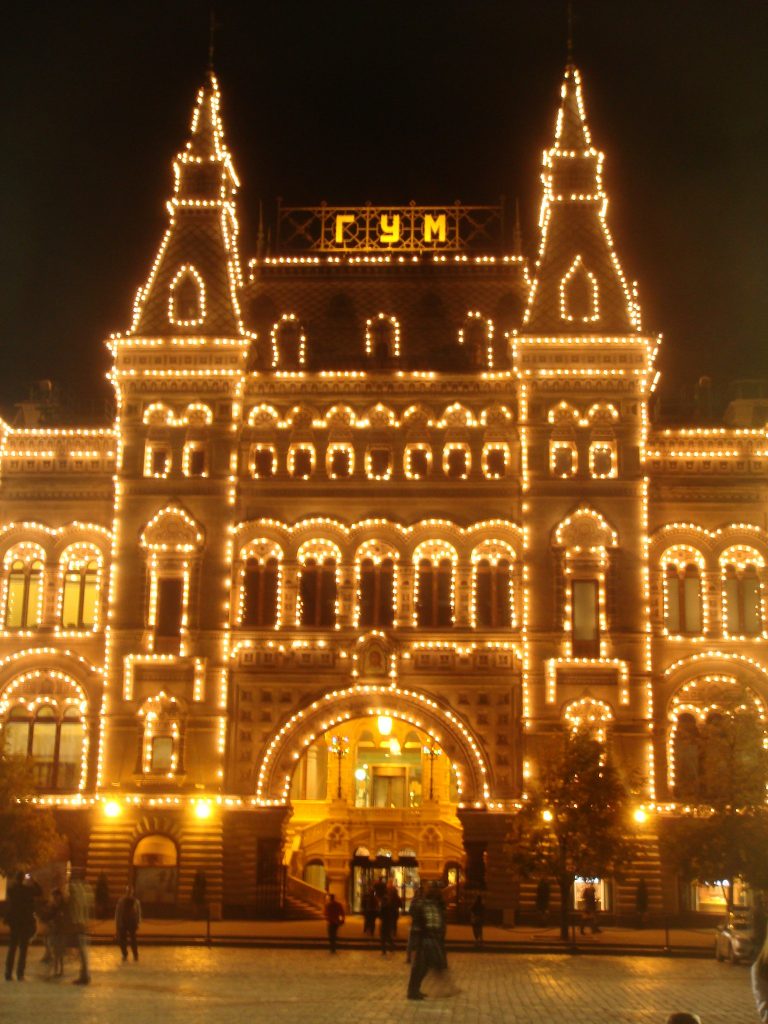 Since 1730 when the 1st edict about regular street lighting was issued Moscow was burned down and rose from the ashes many times.

Light equipment has changed and spread through out the city uncovering the other side of Moscow character that get visible at night.

Depending on the time, chosen transport and season we can see on that tour:

PS: Some of the lights are switched off by midnight. Some – work through the night.