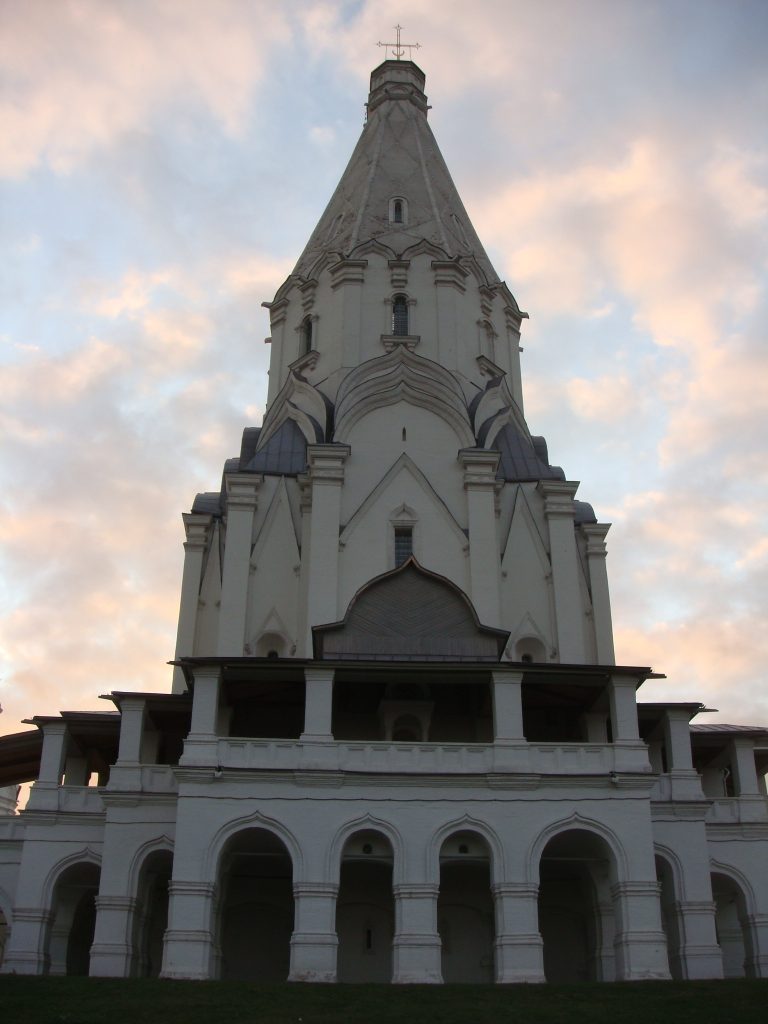 Located on a high bank of the Moskva river Kolomenskoye is a former  ancestral lands and countryside estate of  the Riurics (1st ruling dynasty in Russia) and later on the Romanovs  (1,5 – 3 hours tour). 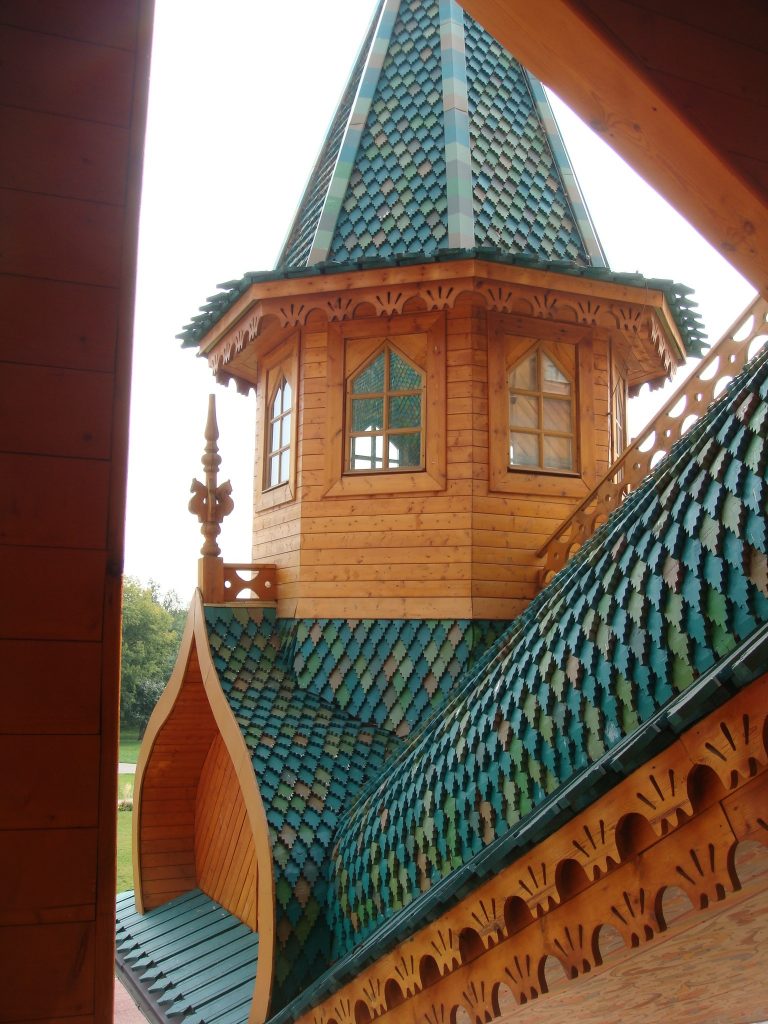 Indoor museum-facilities in the grounds of Kolomenskoe:

Wooden Palace of Alexey Romanov built in the 17th century and famous among its contemporaries as the 8th wonder of the world was reconstructed and now 24 of its rooms and halls are opened to the public. The way how rooms are connected in the Palace reflects social and spiritual style of life at the very end of the medieval time in Russia. 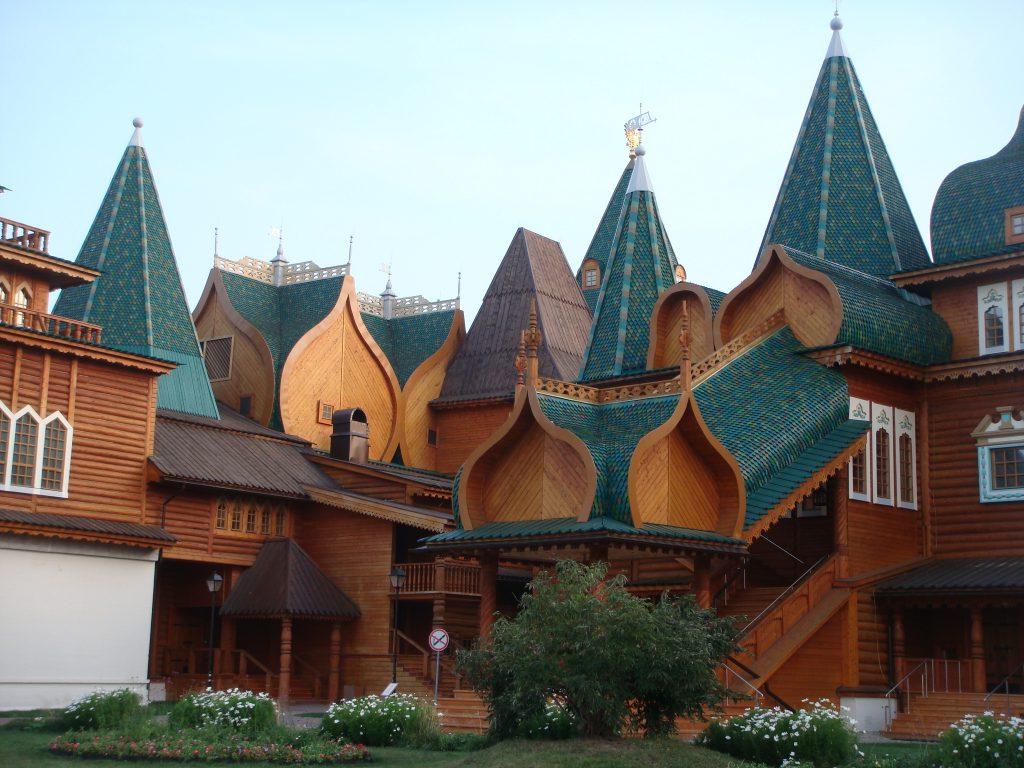 Indoor museums and Wooden palace are opened for visitors:
Tuesday – Friday, Sunday 10 a.m. – 6 p.m.
Saturday 11 a.m. – 7 p.m.
Day off: Monday.
Entrance fee to the Wooden Palace:
600 rub/person;
300 rub for school kids and students
Taking photos (inside): 200 rub
Entrance fee to Peter I wooden house-palace / Water-pump Tower / Church of the Ascension / Basement of the Church of the Ascension / Ethnographic Center (Kolomenskoe Peasant’s house and yard and Blacksmith house and yard): 100 – 150 rub/person
Electric cart fee
Between the Wooden Palace and the Old part of the estate 150 rub/person (15 min, one direction)
Between the Old part of the estate and  the open air museum of wooden architecture 250 rub/person (50 min, circular root)
Official website of Kolomenskoye